The way Formula 1 cars scrub off speed is incredible. The sound they make doing it is downright savage. Coming to the end of the straightaway, they bark and wail, then change direction into the first corner like toy cars in the hands of a toddler. Only a few seconds have gone by and they’re already exiting the second corner and gone. We hear them howl into the distance. This happens over and over again like a barrage, 20 cars, now 18 cars on the track. A big accident just took out the hometown hero and a rookie. 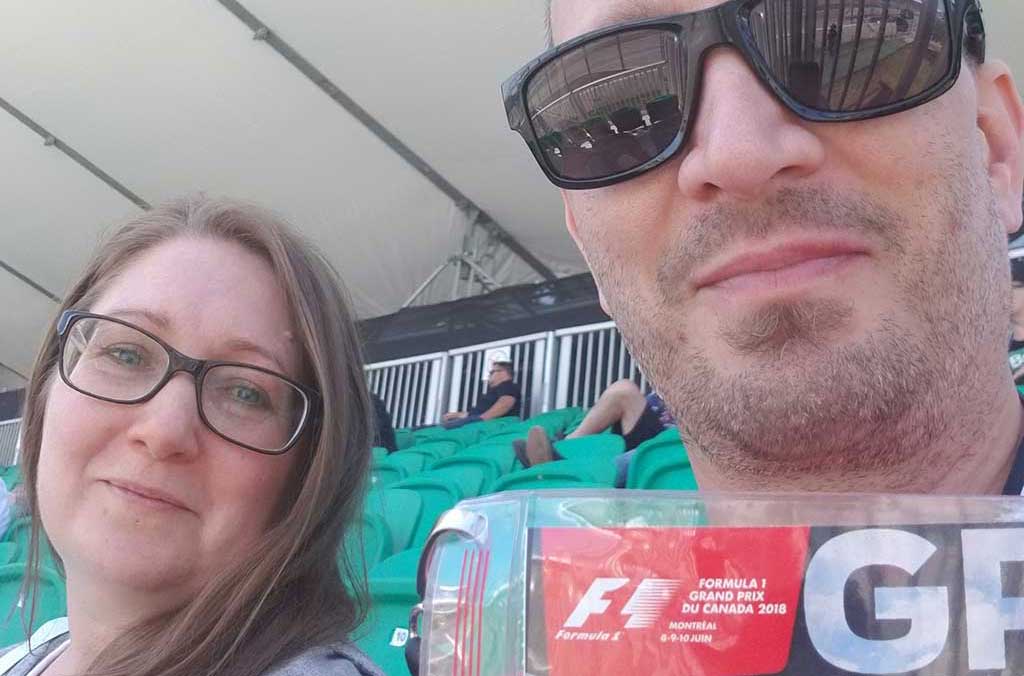 Sunday is race day. I’ve been at the Montreal Grand Prix since practice on Friday and watched the qualifying session on Saturday. Somehow the cars seem much more violent today, driven in anger and I can’t get enough of it. I am lucky to have tickets in the covered grandstands, trackside at turn 1. The vantage point is perfect and the sound is devastating.

The video doesn’t do the sound justice but turn your speakers up anyway.

We spend 4 days in Montreal, walking and walking and seeing the sights. Exotic cars are everywhere. Some of them hooliganing and making terrific noise. Nothing like an F1 car, but this is in the middle of the city!

But this trip didn’t start out well. In Montreal, we had a great time. We ate well, we traveled on the best metro system I’ve ever been on and we felt safe and welcomed everywhere we went. 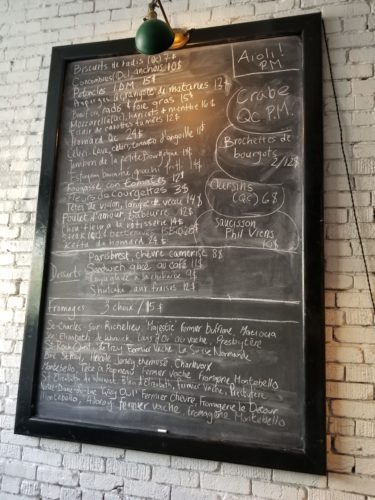 The Menu at Le Vin Papillon, the food was amazing!

In Toronto, after a brief train ride from Kitchener, we arrive at Union Station, only to be herded into a construction wasteland void of any signage or staff. We speedwalk to our connecting gate only to be laughed at by a VIA staff member for missing our boarding by 1 minute but well ahead of the time on our ticket. The VIA staff at the ticket counter were much nicer, they walked among the long lineup of frustrated travelers in a similar situation to ours, reassuring people they weren’t screwed. Equally kind was the woman behind the ticket counter that got us on the next train. With 3 hours to kill we decided to explore the city. What a mistake. Back to Union Station for some food. Eating at Union Chicken was the only highlight of our time in TO and it was delicious.

More observations from our trip

Our feet are sore (ok, just Julie’s) and we’re broke but we had blast at F1/Montreal. If you have the means, I highly recommend going.